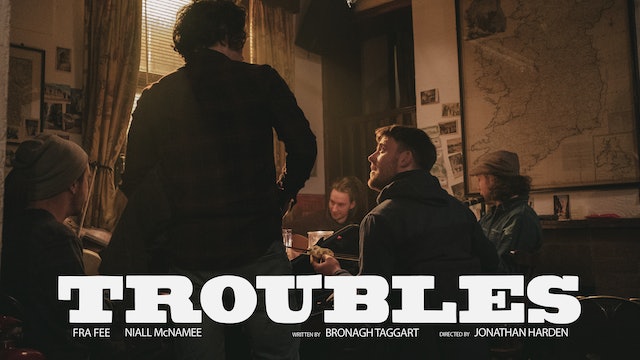 "After a gripping opening sequence, Troubles unfolds into a sensitive portrayal of two men struggling to connect to their emotions and reconnect to each other. The writing and performances are outstanding, making for a uniquely intimate viewing experience.”

A troubled traditional Irish musician reenters the fold after a long absence. An emotionally stunted friend wants to offer an apology. When words fail them both, music is all they have to bring them together.

After debuting at Galway Film Festival, Troubles went on to compete at BAFTA and Oscar qualifying festivals worldwide, before being awarded Best Short Drama at SMHAF 2020.

Made with the support of BFI Network and Northern Ireland Screen.

Right-click this and copy the link address.

Watch on your Television

Watch on your Computer